Joseph is active in several legal and professional organizations, including the Defense Research Institute and its Appellate Advocacy and Class Action Committees. He is also active in the Virginia Bar Association’s Appellate Group, as well as the Virginia Association of Defense Attorneys Appellate Section. Joseph has authored numerous articles that have been published in national and local publications. He is also a regular speaker at federal and state conferences and seminars. 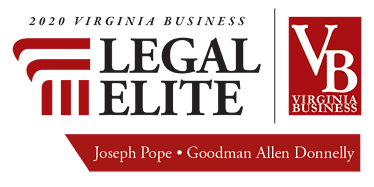