Patenting Inventions Outside the United States

A patent permits its owner to exclude others from making, using, selling, offering for sale, or importing the patented invention without his permission. A patent is, however, unique to the country where it is granted. Thus, if a patent owner does business in more than one country, it would be necessary to obtain a patent in each country to protect the invention.

Some countries have restrictions on what can be patented. For example, some countries do not permit patenting software, business methods, drugs, or methods of treatment for humans.

One way to obtain patent protection in multiple countries is to file an application under the Patent Cooperation Treaty (PCT). A PCT application is an international application that is filed through the World Intellectual Property Office (WIPO), where applicants can designate a large number of countries in which they desire to file their patent application. Currently, 153 countries are members of the PCT. 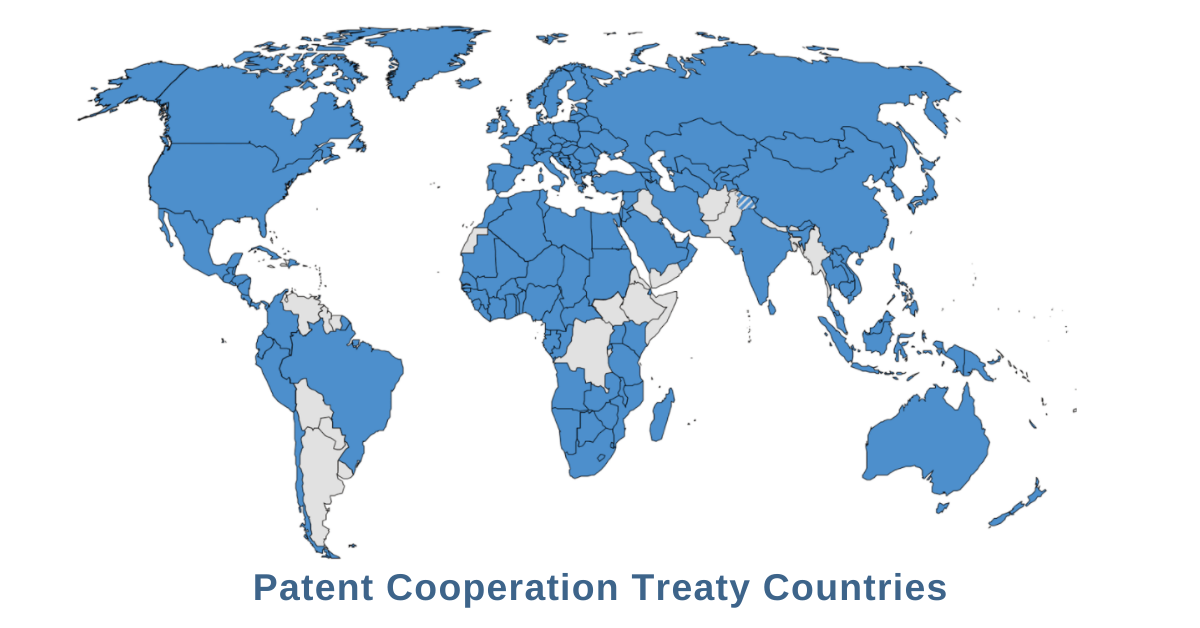 The PCT also provides an International Search Report (ISR) and an examination, if desired, so that the applicant can get an early search performed to see if the invention is patentable. The delay also permits the applicant to determine whether the invention is commercially valuable and whether it is worth spending the money to obtain a patent in each country. While applicants may designate all 153 countries at the time of the PCT filing, they can decide later in which individual countries they would like to pursue patent protection.

A PCT application can also save money on translation costs early in the process. While most individual countries require patent applications to be filed in the native language of that country, PCT applications permit applicants to delay the cost of translating the application into the various languages.

Once the 30 or 31 month period from the first filing date elapses, a PCT applicant must “enter the national stage” in each country where a patent is desired. Otherwise, the application is abandoned and patent protection cannot be obtained. It is at this stage where translations must be obtained and filing costs for the various countries must be paid.

Each country usually requires that the applicant work through an attorney or patent agent who is registered to practice before that country’s patent office. Thus, to obtain a patent in Brazil, the applicant must work with a Brazilian patent attorney or agent. These attorneys and agents charge fees for their services, further adding to the costs of obtaining patent protection in various countries.

Direct Filing in Each Country

If the PCT procedure is not utilized, applicants must directly file in each individual country within a year of the filing date of the first filed application. The translation, filing, and agent costs are due at that time. A primary advantage of the PCT is the additional 18 to 19 month delay for these costs.

While 153 countries are currently members of the PCT, there are several significant countries that are not members; these include Argentina, Paraguay, Uruguay, Venezuela, Taiwan, and several countries in the Middle East. To obtain patents in these countries, a patent application must be filed in each within 12 months of the first filed application.

Many smaller countries will simply repeat the ISR or use one of the larger patent office search reports during prosecution of the patent application in those countries. The larger countries with more developed patent systems, however, will each conduct their own searches and examinations. These larger countries include the US, Europe, Japan, China, and a number of others. This can sometimes result in duplication of search and examination efforts in different countries and can even result in a patent being granted in some countries and denied in others.

The United States PTO has entered into an agreement with a number of other patent offices called the Patent Prosecution Highway. Under this program, once a patent claim is found to be allowable by the patent office where the application was first filed, the applicant may request that other patent offices fast track examination of the application. This is a type of work-sharing program intended to cut reduce redundancy in examination. Several other countries also offer PPH or other expedited examination programs once a patent for the invention has been obtained in another country, especially if it was obtained in one of the larger countries.

For help with your patent or intellectual property needs, please contact Matt Osenga at (804) 565-3531 or mosenga@goodmanallen.com.